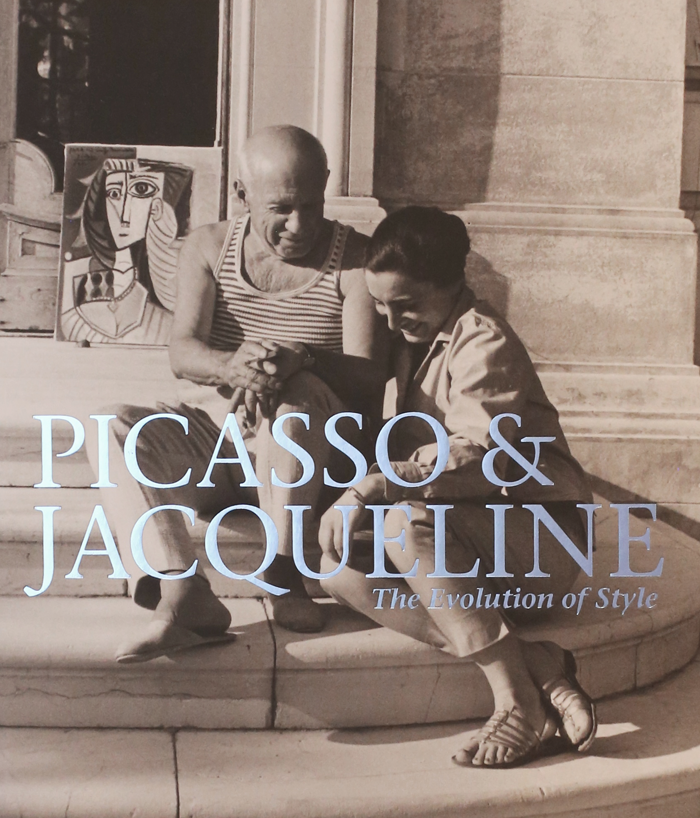 FLAP COPY
Picasso & Jacqueline: The Evolution of Style is published by The Pace Gallery in New York on the occasion of a major exhibition of the same title, featuring nearly 140 works by Pablo Picasso created in the last two decades of his life while living with his muse, and later, wife, Jacqueline Roque. With many works from the Picasso family and Jacqueline Roque's estate on view to the public for the first time, plus loans from private collections and major museums, including The Metropolitan Museum of Art, The Museum of Modern Art, New York, and the Centre Pompidou, Paris, this exhibition is the first to examine Picasso's late transformation in style, as seen exclusively through the portraits of Jacqueline, his last and perhaps greatest love. Picasso & Jacqueline features painting, sculpture, works on paper, and ceramics, all depicting Jacqueline in a myriad of ways – from odalisque to bride – that would immortalize her arresting beauty.

The exhibition begins in 1954 when the 73-year old Picasso started living with the 27-year old Jacqueline. That year also marked the death of Matisse, an early rival and later friend of Picasso, who had been the only living artist that Picasso considered his equal. In an unprecedented burst of creativity, Picasso created a wide range of works spanning multiple mediums in an homage to Matisse following his death. It was also during this period he began to cast Jacqueline in his reworkings of French and Spanish masters like Velazquez, Delacroix, and Manet.

Accompanying the exhibition and complementing the works on view is a group of more than 50 photographs by David Douglas Duncan, one of the central documentary photographers of the 20th century and a confidant of Picasso. Having unfettered access to Picasso's studios and homes, Duncan captured the artist at work and during private moments of his life with Jacqueline. The affection he felt for her is unmistakable both in photographs of the two, as well as in his portrayals of her, in which she is never disfigured like his earlier lovers. In many of the photographs she is seen wearing various costumes and accessories that Picasso incorporated into her portraits. Of Jacqueline, Duncan said, she "often appeared to be stepping out of one canvas into another of herself."

In his essay which accompanies the exhibition, Jonathan Fineberg, the Edward William and Jane Marr Gutgsell Professor of Art History Emeritus at the University of Illinois at Urbana-Champaign, notes, "AfterThe Women of Algiers, the empathy that emerges, and the new directness in his expression of his experience, is unprecedented in Picasso's work. The drama of his previous relationships with women has mellowed and instead of finding another lover seven years after moving in with Jacqueline, as had been his pattern, Picasso married her in 1961 and then remained with her."